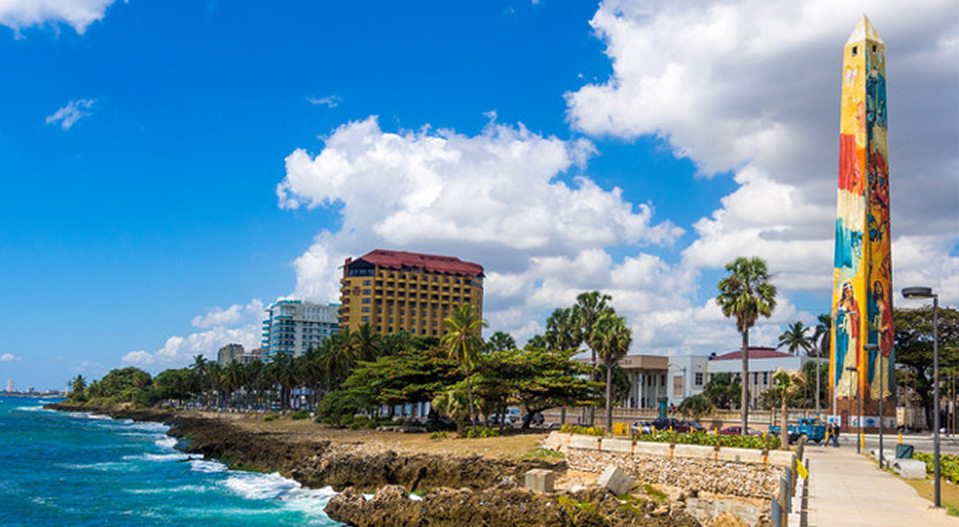 Santo Domingo, known officially as Santo Domingo de Guzmán, is the capital and largest city in the Dominican Republic. The city is located on the Caribbean Sea, just where the Ozama River begins. Bartolomé Colón, Christopher Columbus’s brother, founded this city in 1496. A number of the New World’s “firsts” occurred here, including the first cathedral, university, monastery and hospital. This is also where Spanish conquistadors set off to conquer the rest of the Caribbean, and regions of North, Central and South America.

Today, Santo Domingo is the Dominican Republic's major metropolis, and is the largest city in the Caribbean by population. It offers plenty activities for everyone: museums, ballet, opera, baseball games, basketball games, dance clubs, restaurants and shopping centers. Santo Domingo is ranked as a Gamma Wolrd City by Loughborough University.

One of the main attractions of this city it’s La Zona Colonial, The Colonial Zone, here you will find over three hundred pieces if history including the monuments, homes, streets and churches dating back to the time of Christopher Columbus' arrival in 1492. While there are dozens of things to see and do in La Zona Colonial, you should also visit several museums that withhold the history of the country. Some of them are: El Museo del Hombre Dominicano (Museum of Dominican Man), El museo de Arte Moderno (The Museum of Modern Art) and El museo de Historia Natural (Museum of Natural History).